Read more from Karen Kullgren at

Changing the World, One Student at a Time

I sat with my 45 classmates who had just graduated from Leadership Montgomery’s Class of 2012 Core Program, happy and excited at this culmination of nine months of learning and growing together.  The next portion of the program was presentation of the Leadership Montgomery Youth Community Leadership Awards. Despite knowing any awards affiliated with LM would be special, we weren’t prepared for just how special these young people were.

As emcee Alison Starling, anchor at WJLA-TV, told their stories, and we saw video of the work they’d done, we accomplished adults were deeply humbled.  These were young people who had in the midst of academic challenges, peer and family challenges, just plain growing up challenges, dedicating themselves to others in ways that have impacted thousands and will continue to do so going forward. To put all this into perspective as I describe their service, I want you to think:
• what national organization did you found at the age of eight?
• when did you first educate hundreds of people about an international epidemic?
• were you extending friendship to individuals with intellectual and developmental disabilities when you were in high school and creating an environment where others could do the same?
• how many hours a week did you volunteer in high school?

We first learned about Connor Dantzler of Damascus High School, who discovered his passion early--delivering a smile to those in need. “My father wrote a joke book years ago and we had a lot of copies stored away. That gave me the idea to collect joke books and give them to people who could use a laugh,” Dantzler says. Add to that, “I saw my family helping the community and I wanted to be a part of it.” So at just eight years old, he founded Health Through Humor, sharing new joke books with thousands of patients of all ages in hospitals and residential care centers in the U.S. and Canada. Nearly a decade later, Health Through Humor continues to offer much-needed laughs.  Connor plans to stay close to his interest in health by becoming a doctor himself.

Kendra Battle’s project was a daunting one, educating her peers about HIV/ AIDS.  She told the awards ceremony audience she was shocked at how many teens walk around believing ‘It could never happen to me.’ “I lost an uncle to HIV, so I understand how common the disease is,” she says. As a senior at John F. Kennedy High School, she organized a talent show and created profit-sharing nights at area restaurants, raising more than $2100 for local nonprofit AIDS United.

Becca Sussman, who just graduated from Sherwood High School, headed the school’s chapter of Best Buddies, an organization that promotes the inclusion of intellectually disabled students by facilitating one-to-one friendships between students with and without special needs.  She had been involved in the club since her freshman year, after being inspired by her father, who has cerebral palsy, and her friend, who was the president before her. The chapter became the biggest club at Sherwood and Sussman was invited to join the leadership of the organization at the state and international levels.  She also took the leadership role in making corollary sports –- a team of students with and without disabilities --- offered at her school and is a captain of Special Olympics sports teams. Next year she’s starting a chapter of Best Buddies at Columbia University.

Katie Mark elevated the beauty of art by leading 13 people with intellectual and developmental disabilities, assisted by 11 volunteers from the community, to complete the 15’ x 8’ mural she designed as her Girl Scout Gold Award project. The park-themed mural was installed in The ARC of Montgomery County’s Vocational Services building, which serves approximately 400 people. Mark, a Holton Arms school graduate heading to at in the fall, is volunteering this summer at a camp for girls with disabilities.

Since his first week at , Gabe Gan been a member of the Montgomery County First Aid Unit Explorer Post 521 based out of the Kensington Volunteer Fire Department. He’s risen to the rank of Captain of this group and is certified as an Emergency Medical Responder. Volunteering an average of 20 hours a week, among his accomplishments are bringing his unit into the 21st century by digitizing many of the old paper forms, initiating a popular Facebook group, producing a new recruitment video, and creating a website.  Gan hopes to use all the skills he’s gained with a career as a trauma surgeon at a large teaching hospital.

When I asked how these talented and dedicated young people viewed leadership, the key elements that emerged were passion and communication. “If you truly care about something, and want to make a difference, you inspire others to do the same and promote change,” says Sussman. “I believe that a leader is able to execute a vision, oversee its success, and effectively communicate and listen to his/her followers,” says . “I think the most important qualities of a leader are the ability to do your best for the group you represent as well as the ability to synthesize the thoughts and ideas of everyone,” says Gan.  “Most importantly, I believe doing what's right makes one a leader.”

Leadership created the Youth Community Leadership Awards in 1997 “to identify, reward, and promote outstanding community service and leadership” among high school seniors in the county, whether they attend public, private or parochial schools.  Unlike most youth excellence awards, they don’t take academic achievement into account, strictly community service.  The young people have to complete a minimum of 260 hours of approved community service by the end of their junior year, and submit an essay about their work and letters of recommendation. The award selection committee consists of Leadership Montgomery graduates and members of the dedicated award sponsor, Shulman Rogers--which has sponsored these awards for 16 years, and has just committed to an additional five years.  Each of the five honorees receives a $1,000 award for their continuing education.

For the Leadership Montgomery graduates and community members in the audience, the stories of these young people were reminders of the power of one person—even one young person—to make a difference in the world.  We left that night, inspired and even more dedicated to making our own and to mentoring that power in others.

Posted by Karen Kullgren at 7:38 PM No comments:

Jungle Beasts, Bundles of Joy, and a Blueprint for Humanity

There is just something about coming out from a dip in the water to lounge poolside and read a good book on a sunny day (yes, slathered with sunscreen and eyes protected with sunglasses and a hat).  And summer reading doesn’t have to be light as a feather; it can also light the way for inner and outer journeys.

I’ve long followed certain authors but not particular publishers, until a couple of years ago.  Muriel Barbery’s The Elegance of the Hedgehog was my first Europa Editions book and I adored it.  Since then at the library whenever I see one of their distinctive covers with the pelican logo I pick it up and check it out, regardless of whether the topic or author is something I’d normally find of interest.  Sometimes it’s another beautifully translated work, like Barbery’s first book, Gourmet Rhapsody.  Other times are books in the original English.

Most recently I was completely captivated by their Audrey Schulman title, Three Weeks in December.  If you liked Ann Patchett’s State of Wonder, you’ll love Three Weeks in December.  The scene shifts between times and places, a technique I usually find tiresome but not at all here.  In late 19th century British East Africa, engineer Jeremy is posted to oversee construction of a railroad, but that work becomes overshadowed by lions stalking the workers at night.  In present day Rwanda, ethnobiologist Max looks for a potentially lifesaving vine, but her life there is more about her relationship with the threatened gorillas amidst whom she lives, and how her Asperger’s serves her in that relationship.  Both stories are suspenseful and engaging, the characters well developed, and Three Weeks in December is one of those books you wish would never end.

Another summer read that lived up to my high expectations was Anne Lamott’s  (with Sam Lamott) Some Assembly Required: A Journal of My Son’s First Son (Riverhead Books).  Like her brilliant Operating Instructions, the story of her son’s first year, her latest is brutally honest, warm, hilarious, and spiritual.  Lamott did not expect to become a grandmother at just a “ripe” 55, when her son was not yet 20.  Some of the most beautiful moments of the book are when this mother watches her “wild son…now taking tender care of his own newborn, a miniature who is both unique and reflective.”

Lamott does not question her sanity this time around, but struggles with her overwhelming love for little Jax and the fear that her son’s challenging relationship with Jax’s mother could keep him from her.  She is also an eloquent observer, as always, of life’s foibles and miracles, of her own days and those of the people around her. “With your own child, you’re fixated on the foreground, trying to keep the child safe and alive,” she muses. “But with a grandchild, you can be in softer focus, you can see beyond the anxious foreground.” While she does still spend some time in that anxious foreground, “quiet, peaceful joy” is the place where she and Jax rest most often, in their complicated family, in Lamott’s caring community.

Amidst much other reading both fiction and nonfiction, I was lifted up by the Dalai Lama’s Beyond Religion: Ethics for a Whole World (Houghton Mifflin Harcourt), coming 10 years after his luminous Ethics for a New Millennium. While he still comes from a place of deep commitment to his Buddhist tradition, he wants the reader to shed the concern about this religion or that and cut to the core of our being as humans, which is compassion and action upon it.  He reminds us of the power of one individual to make a difference, and of the extraordinary things that can happen when committed individuals ban together to do so.

The Dalai Lama walks readers through ways to cultivate a mental practice, meditation, to help us walk a calmer, more patient path through life, for “Our inner lives are something we ignore at our own peril.” He urges a secular system of ethics grounded in compassion, an “education of the heart” as part of formal education: he is “hopeful that a time will come when we can take it for granted, that children will learn, as part of their school curriculum, the indispensability of inner values such as love, compassion, justice, and forgiveness.”
Posted by Karen Kullgren at 3:58 PM No comments:

Get the book now! 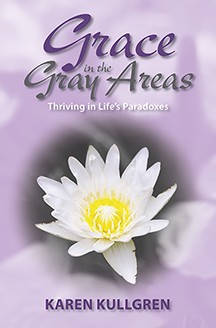 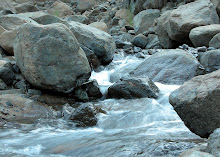